So I managed to use Emacs for one whole week of full-time JavaScript work, whilst only falling back to Vim for the odd tweak of JSON or configuration, I count that as a success. It’s shifted my opinion of it since I set up my package management and JavaScript tooling, you can find all of this within my dotfiles. It’s become far easier since I started to learn about vanilla Emacs key-bindings, the reason being that when I lost Evil mode for some buffers I was left high and dry.

The shift in mentality from my Vim workflow is interesting. I’ve moved away from tmux / tabs / splits and have begun leaning towards searching for buffers I want with helm and opening highly coupled files (such as tests) in splits. I’m yet to really use the terminal buffer, it doesn’t feel as smooth as my terminal + tmux combination yet. I’m also yet to get some form of git gutter and unimpaired style bindings set up. I haven’t managed to use it to resolve git conflicts yet either, I refer to Vim for that still. Git gutter doesn’t appear to work with my relative line numbers, there must be a way around it. 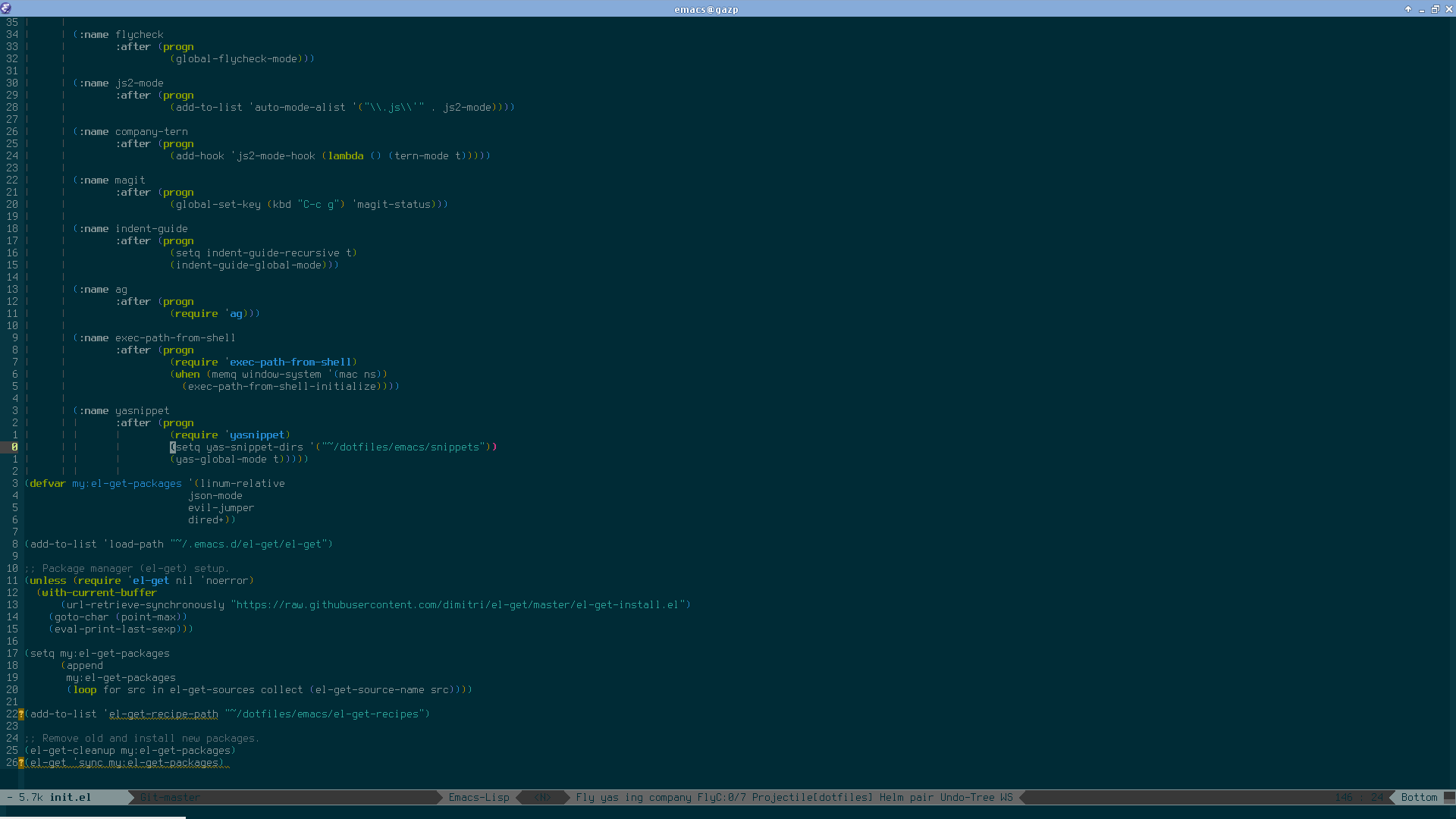 Now I’m going to start on my Clojure setup for use with Brave Clojure, we’ll see how that goes, I’d imagine rather well. Many thanks to those on twitter who convinced me to stick with it, I think it’s going to be great in the long run.